Helping a raccoon cross the bridge 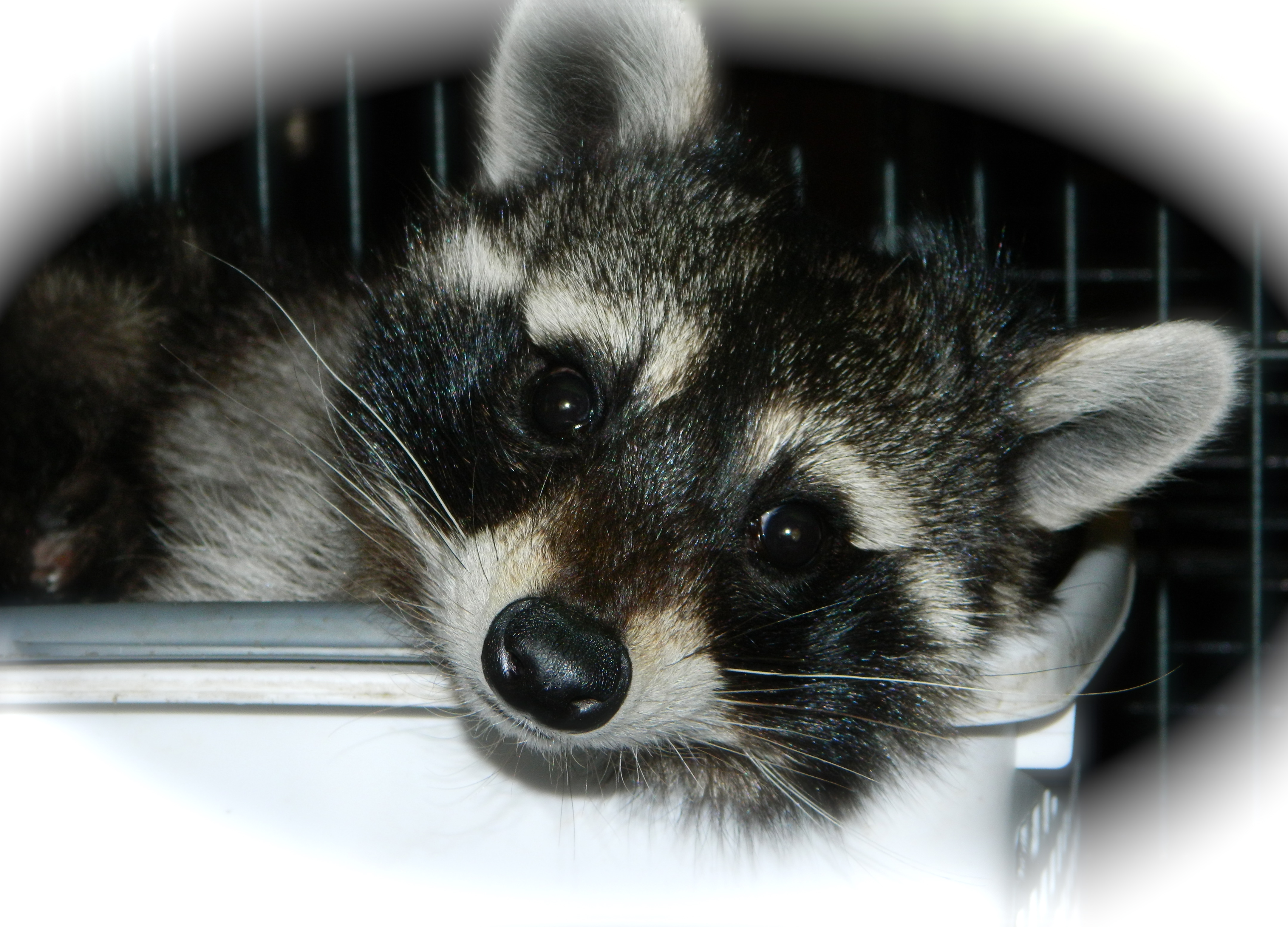 I received a phone call five days ago. It was from a man that spotted a raccoon with a broken leg. I returned his call about thirty minutes later, but the raccoon had run off by then. I didn’t hear from this man again until yesterday. Yesterday’s call put me in definite  rescue-mode. The same raccoon was spotted again….only this time he had been washed downstream during the prior night’s storm and ended up getting stuck under some roots.

I dropped what I was doing, gathered some towels, gloves, a crate, an a catch pole. Off I went. I arrived at this man’s house about fifteen minutes later to find that this man is a rescuer himself. He was able to contain the cold, wet, and scared raccoon. He was laying under a towel on the garage floor shivering and making some heavy breathing sounds similar to pneumonia. Not even needing gloves as this raccoon was in such dire condition, I placed him in a crate and brought him indoors.This raccoon was given SubQ fluids as he was dehydrated. She was given antibiotics as she had infection. The infection came from a broken leg and compound fracture of her ankle. She was also given some pain medicines as I’m sure this poor girl was in pain. Most concerning, was her hypovolemic shock and hypothermia. I had to slowly warm her before feeding her and doing anything else for that matter. I held her for a few minutes before placing her in a larger cage for recovery. She was placed on a heat pad as well and sandwiched in between two heat sources. Her intense shivering slowly decreased as her body warmed. In the next few hours, I continued to hear clicking and raspy breathing. I’m sure with the surge of water and panic mode from trying to escape the roots, liquids had entered her lungs.

She was fed a meal of Pedialyte, second dose of antibiotics, pain medicines, and baby food through a tube. She made some sounds of contentment. She was allowed to rest. Within the next few hours, it became apparent that she was likely not going to make it. I wanted to wait at least until morning to see if I saw any signs of improvement before making the decision to humanely relieve her of her suffering. She ended up making my decision easy as she crossed the bridge on her own.

Why did this raccoon give up the will to live after fighting so hard in the sub zero temperatures with injuries? I firmly believe it is because she felt at peace and safe in our protected environment. I feel that she was finally able to let her guard down that instinctively is there for survival in the wild. She was warm, comfortable, taken care of, pain-free, and not hungry. She chose to cross the bridge as it was safe to cross. She felt relief. Because this man chose to care, she was given the relief that she needed.