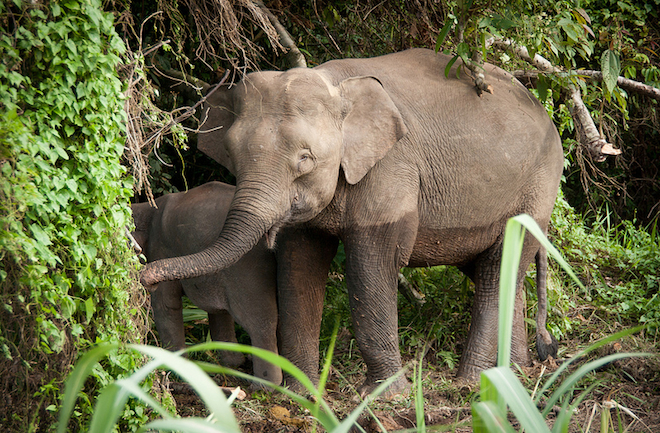 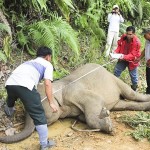 Large buyers of palm oil — including the Girl Scouts, Dunkin’ Donuts and Sara Lee — are responding to environmental and wildlife concerns about the product’s use. But experts believe many animal populations are still negatively affected by palm oil plantations.

One of the hardest hit species is the pygmy elephant.

“The pygmy elephants of Borneo are baby-faced with oversized ears, plump bellies and tails so long they sometimes drag on the ground as they walk,” according to a World Wildlife Fund fact sheet. “They are also more gentle-natured than their Asian elephant counterparts.” Only about 1,500 of these mild-mannered, endangered elephants remain.

Human demand for baked goods without artery-clogging trans fats has grown and farmers are rushing to cash in on the ever-growing market for palm oil.

“The problem is that natural forests have a rich diversity of trees and fruits for animals to feed on and house themselves in, whereas oil palm is almost always grown as a monoculture, which really does not provide suitable habitat for most species,” Oscar Venter, a leading expert on the matter and a researcher at James Cook University, told Discovery News.

Large mammals, such as the pygmy elephant, have been impacted particularly hard. Venter explained that at least 31 percent of the pygmy elephant’s range is threatened by natural forest conversion to palm oil plantations.

In addition, humans aren’t the only ones craving foods with palm oil. Animals such as pygmy elephants and orangutans want it too.

“These species can be attracted into palm oil plantations by the bunches of palm fruit that are awaiting harvest,” Venter said. “But once in the plantations, these animals are highly exposed and susceptible to hunting. So, large animals and oil palm really are not compatible.”

Recent headlines have touted that major cookie, doughnut and other baked good manufacturers have gone “green” and “sustainable.” The situation is a bit more complicated, however.

Some manufacturers are working with organizations such as GreenPalm, which is a certification program.

“The certificates offer a premium price to palm oil producers who are operating within the guidelines for social and environmental responsibility set by the Roundtable for Sustainable Palm Oil,” said Michelle Tompkins of Girl Scouts of the USA.

There is also a new carbon payment policy called REDD+, which stands for reduced emissions from deforestation and forest degradation. Venter is involved in that effort.

“Before we got started, we didn’t have much hope, as oil palm is a really profitable crop,” he said. “It produces more food oil than any other crop, like soy or cottonseed. But what we found surprised us, which was that REDD could compete financially at CO2 prices of $2-16 per tonne if it targeted the plantations which stored the most amount of carbon, and at the same time were not very suitable for oil palm, so this was a pretty exciting finding, that carbon conservation could maybe compete financially with oil palm.”

When such money exchanges hands, the recipient country then uses the funds to develop forest protection strategies. For example, Indonesia and Norway recently reached an agreement whereby Norway is giving Indonesia $1 billion to trial a national REDD program.

“The most exciting thing to come out of this so far,” Venter said, “has been the government moratorium on any new palm oil permits in natural primary forest. This is by all means a major first step, though it doesn’t do much for those 46 species that are in places where permits have already been granted.”

Unfortunately, the pygmy elephants are among those species. 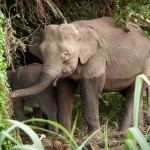